I remember moving into my new apartment in Beijing and I would rush to my room and turn on the air conditioning immediately to avoid the heat that Beijing was experiencing. This was about 2 months ago. Today, I was freezing and no wonder, it was about 10 degrees celsius outside. Summer is long gone and here comes the winter season in Beijing that I have been dreading about. So what happened to Autumn? I think we had Autumn weather for maybe about a week if not less from the end of September to the first week of October. For recent events, the company I work for moved its office to Hanwei Plaza which is another large business complex in Beijing. It doesn’t really effect my traveling time to the office but I was able to walk a different route to capture another face of one of my favorite buildings in Beijing: that of course is the CCTV tower. You can see the building that burned down in the background. 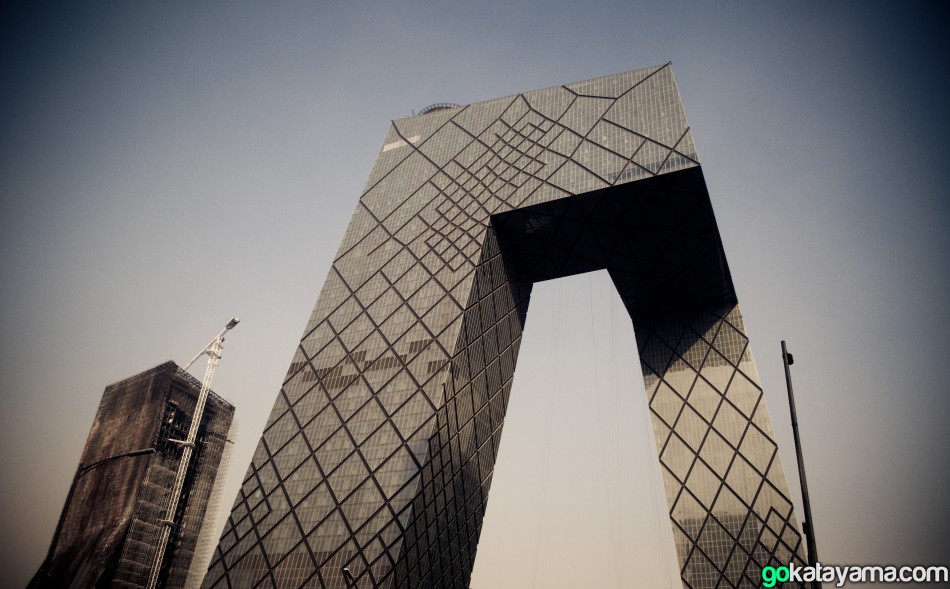 This entry was posted on October 20, 2010 by Go Katayama. It was filed under Photos and was tagged with CCTV, Kanye West, Winter in Beijing.