Posts tagged “Ageing of Country side in Japan”

When most people think of Japan, they might think of the high-tech flashing lights all over the Tokyo metropolis. But my favorite scenery within Japan would have to be 800 kilometers west from Tokyo in the Chugoku region at the tip of the main island in Japan. What most people would consider the country side has recently become a victim of youths moving out to the larger cities like Osaka and Tokyo for better job opportunities and schooling while the elders keep aging. It is said that Tokyo now makes up one-tenth of Japan’s total population of 120 million. Where agriculture is strong on the country side, it is evident from words such from Foreign Minister Seiji Maehara that “Only 1.5% of Japan’s gross domestic product comes from agriculture and the nation should pay heed to the other 98.5%”. Hence, the country side of Japan has lost its spark, as population continues to decline everywhere but Tokyo and the larger cities. This city of Satosho currently has 30,000 residents and is continuing to decrease year after year. 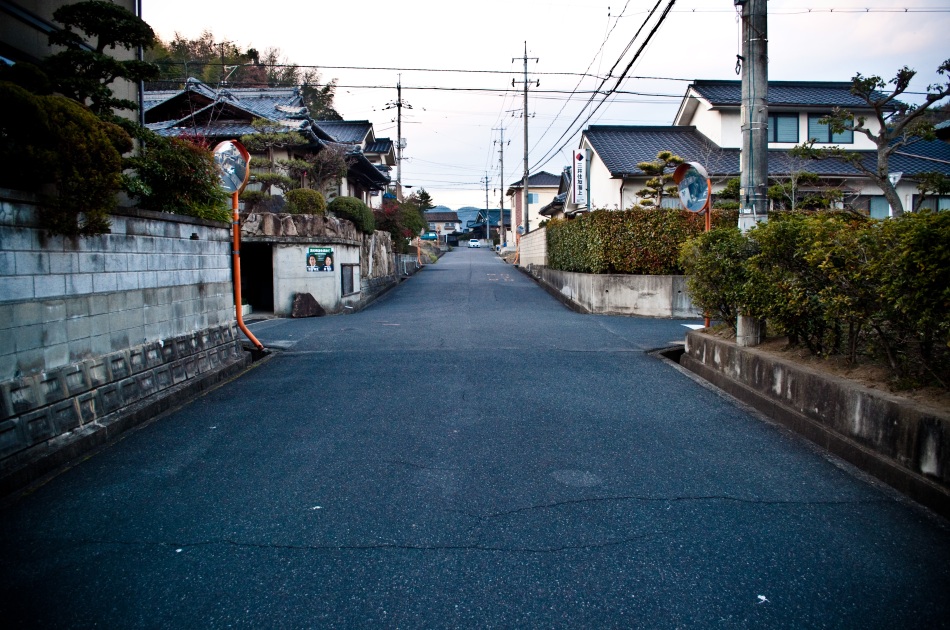 A typical neighborhood in Okayama prefecture. Mirrors are used instead of traffic lights.

Roads winding down hill through the rice fields. 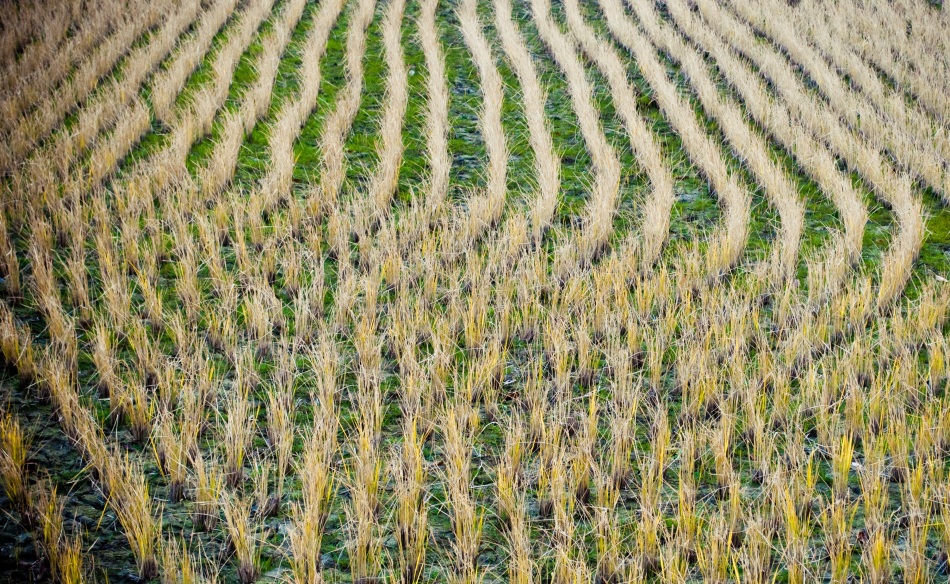 Rice fields neatly lined up getting ready for harvest season

Scenic view of Satosho and the rice fields at dawn

JR Sanyo Line train passes by. There are usually 3-4 trains an hour connecting Okayama and Hiroshima.

Even during the what should be a rush hour period not too many people are to be seen.