My initial motivation to leave China for Chinese New Years was to get away from the bustling city of Beijing and relax in the tropical environment in Malaysia. But turns out that I was completely misguided and wrong. Beijing turned into a ghost town during this period as the majority of people who reside in Beijing went homebound to the other provinces in China. Instead I was stuck on a plane with Chinese people who decided to go out of the country during this period and our destination of Penang was full of Chinese Malaysians as they rushed into Penang, where most of the Chinese ancestral origin is in Malaysia. Malaysia sports a fascinating history of immigration, including its ethnic Chinese population, whose numbers are second only to that of the country’s ethnic native Malays. But it was interesting to see Chinese culture and its celebrations taking place in Malaysia. We were able to visit the Khoo Kongsi Temple in Penang. Here are some photos I took at the temple.

With so many people and incents being lit, it was difficult to go inside the temple. 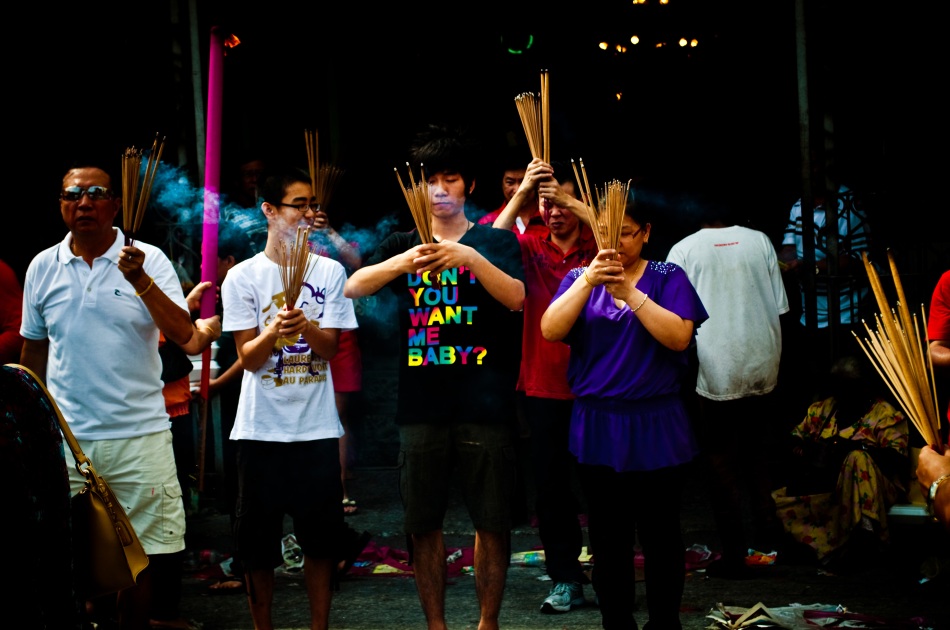 Incents again. Not sure if the shirt fits the traditional Chinese New Years celebration but cool to see so many different kinds of incents.

Man carefully selects the birds to be sold and released. These birds were to be bought and released immediately out from their small cages. 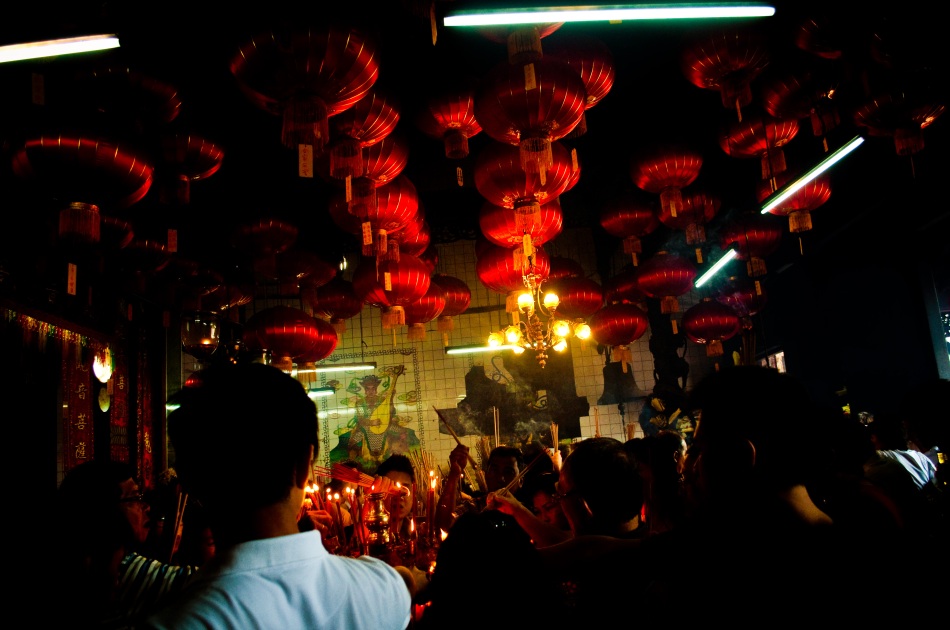 The interior of the Temple

Lanterns were everywhere in the China Town part of the city as well as this temple.