[Photos] Wudaoying Hutong: The Next Nanluoguxiang

With all the construction taking place around the Gulou area in Dongcheng District, Beijing and  with the new  subway line planned to run through the old city, I can’t help but to notice all the changes being made all around this area. Wudaoying hutong, located right by Lama Temple Subway station is another project; similar to the Nanluoguxiang hutong, this hutong is slowly transforming into a much more commercial themed hutong. If you walk along the street, the exterior is accompanied by  hutong style architecture but the interior is occupied by trendy boutiques and cafes serving up western food. I walked by Wudaoying two weeks ago and it already looked a lot different from what I could remember from last year.  The entrance to the hutong from the Lama Temple side looked as if it was almost complete. Here are some photos I snapped from Wudaoying hutong entrance. 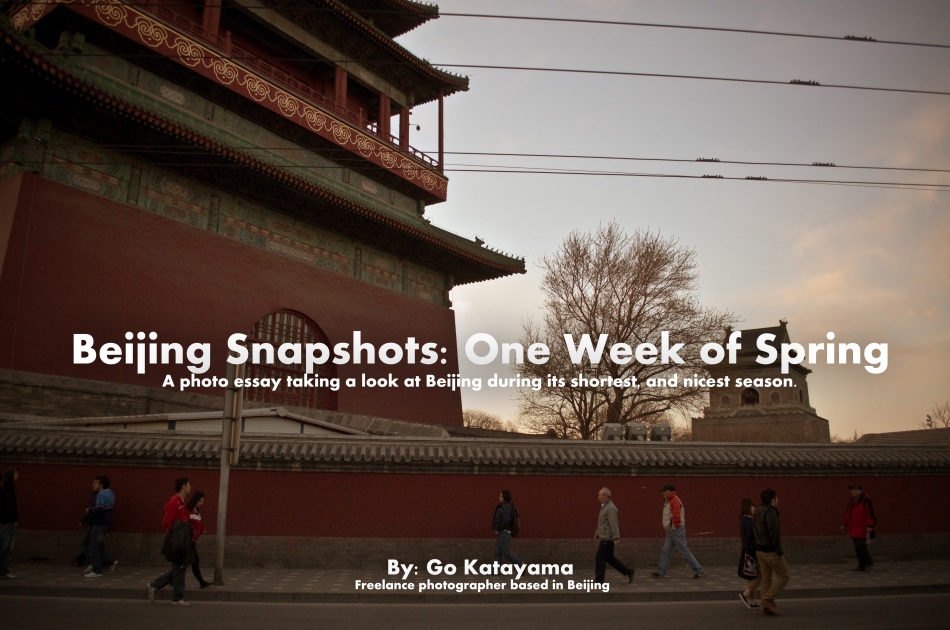 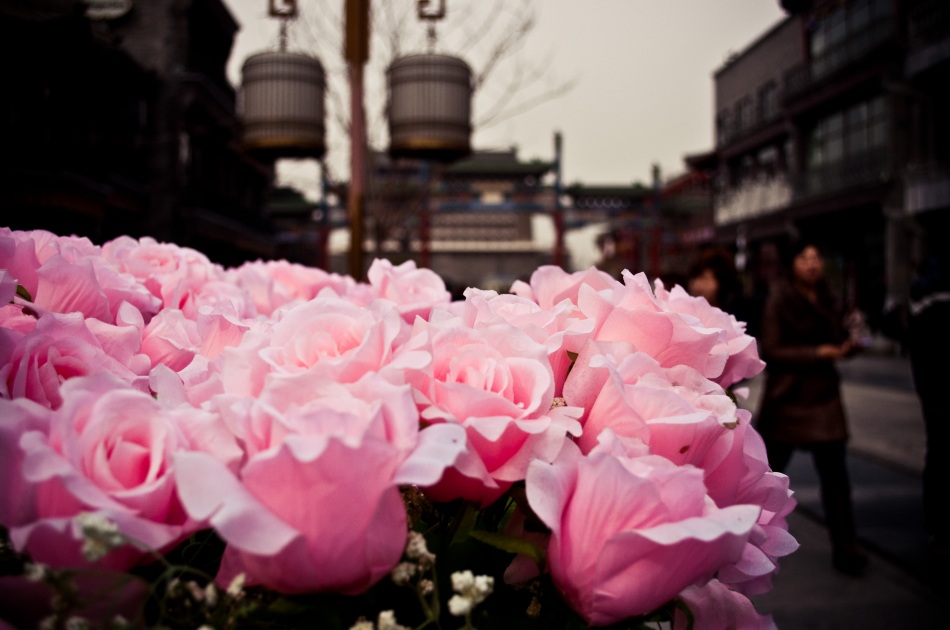 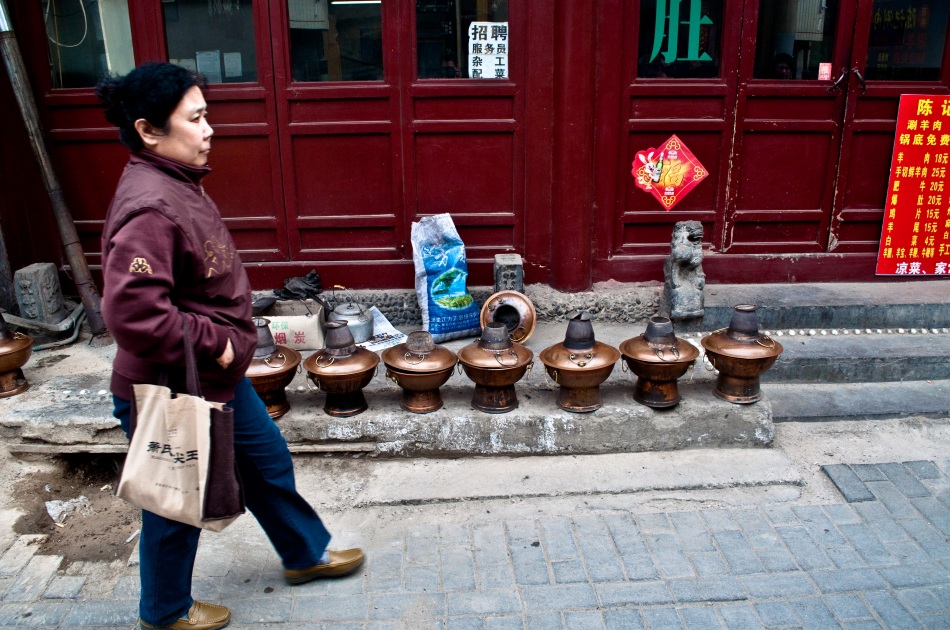 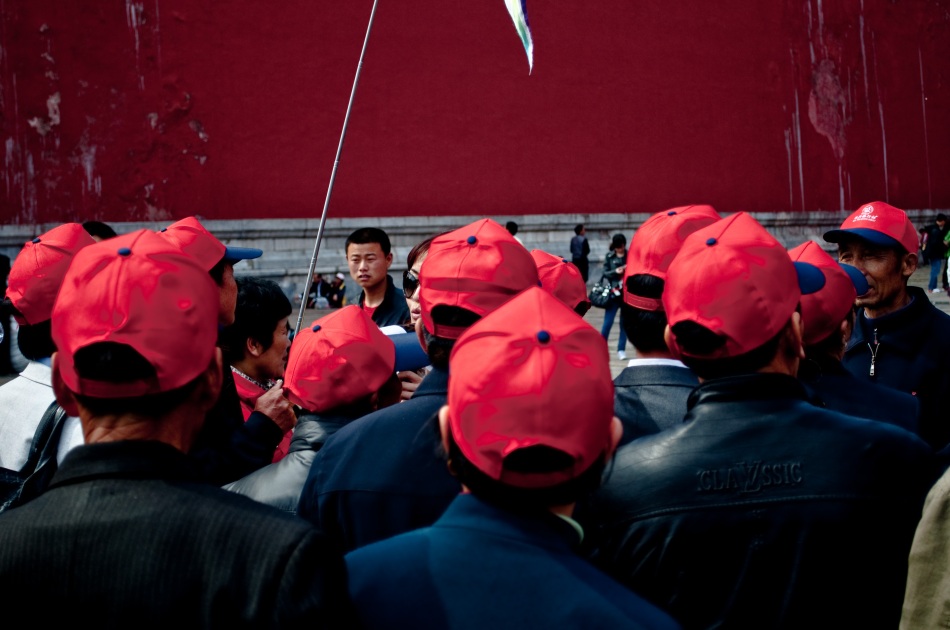 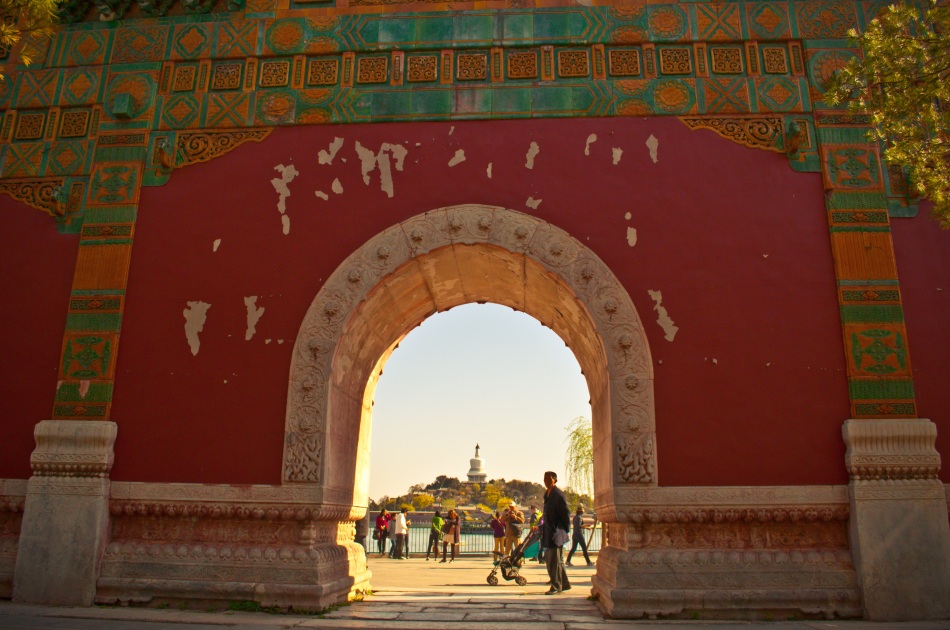 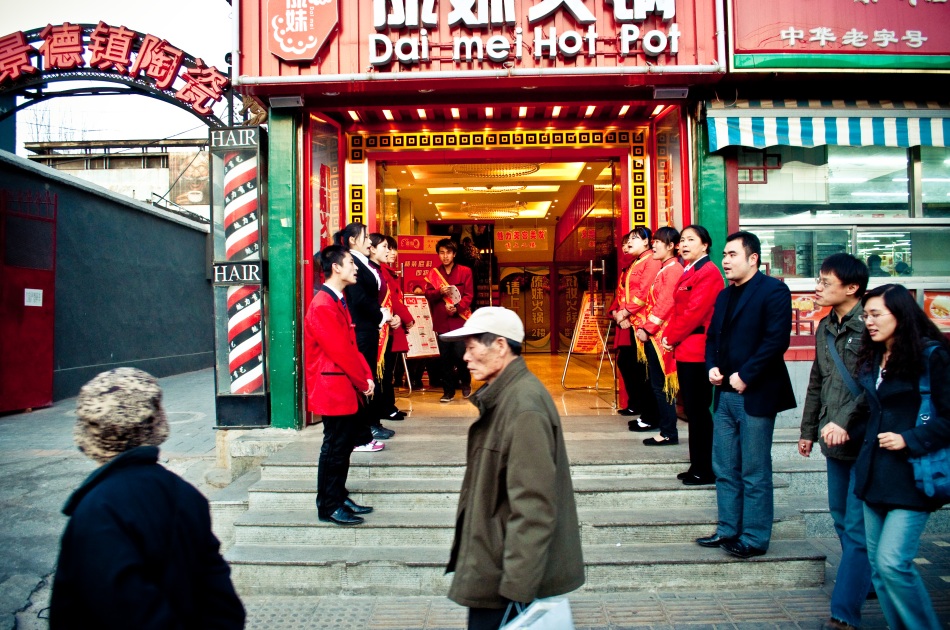 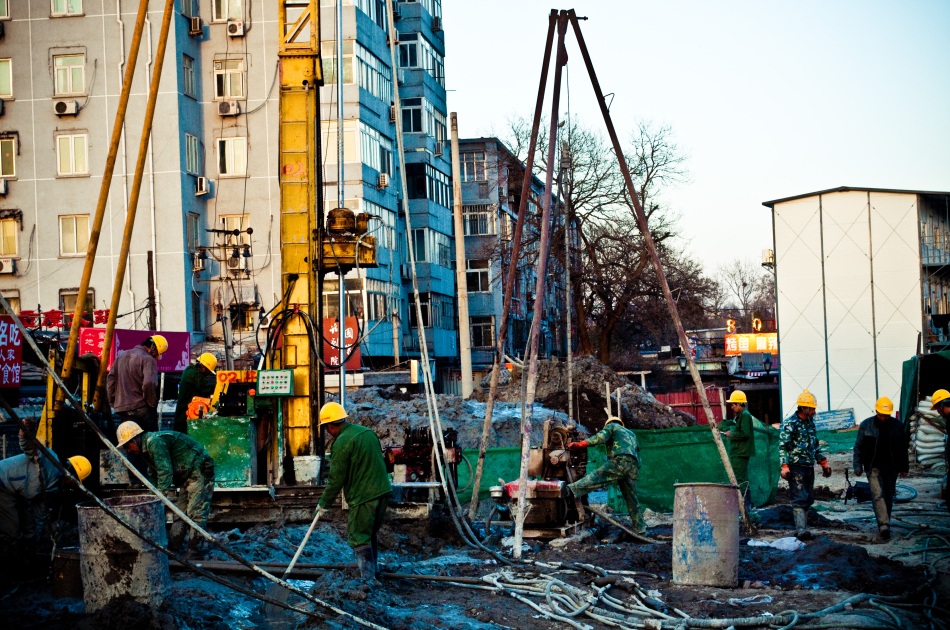 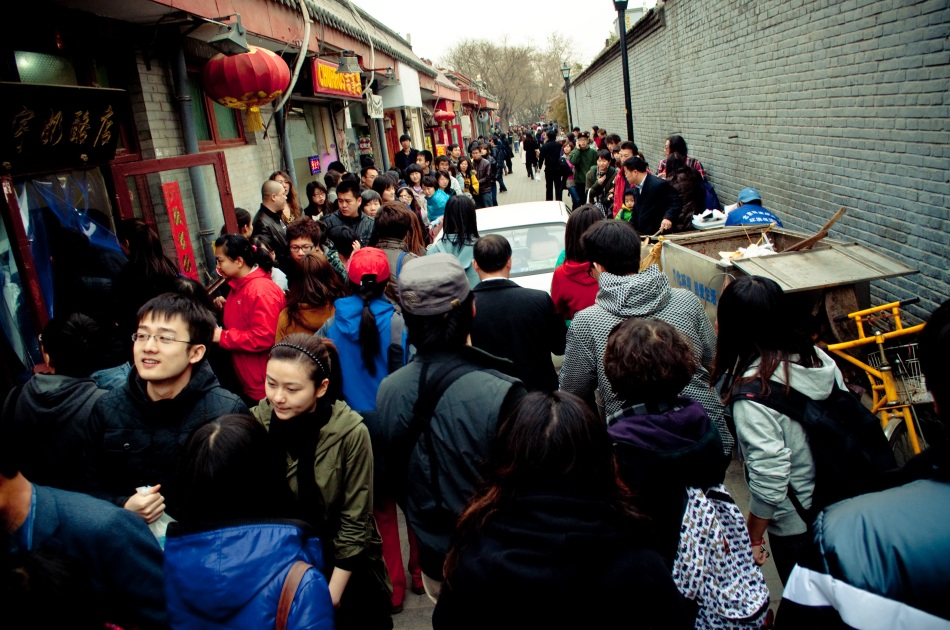 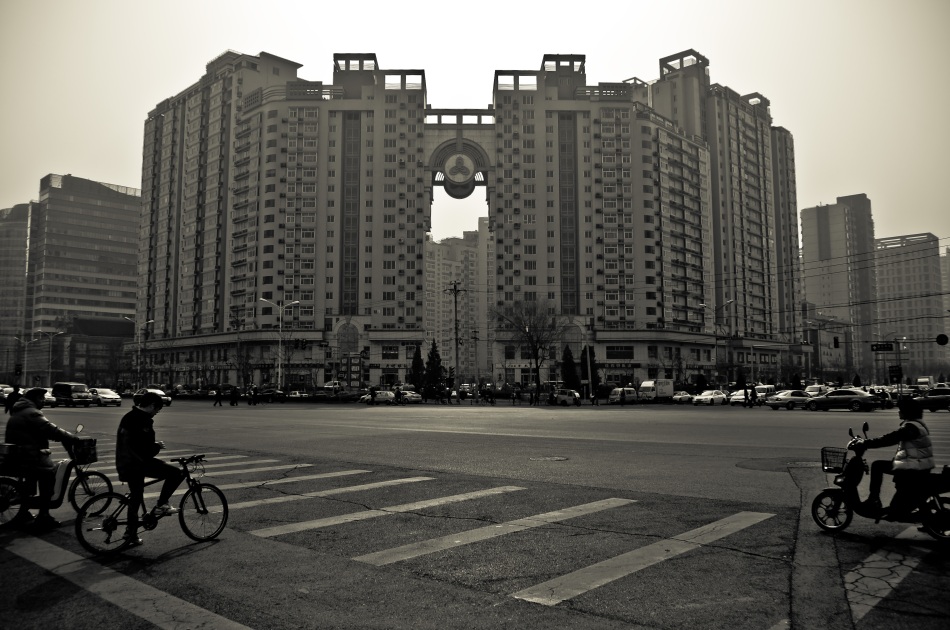 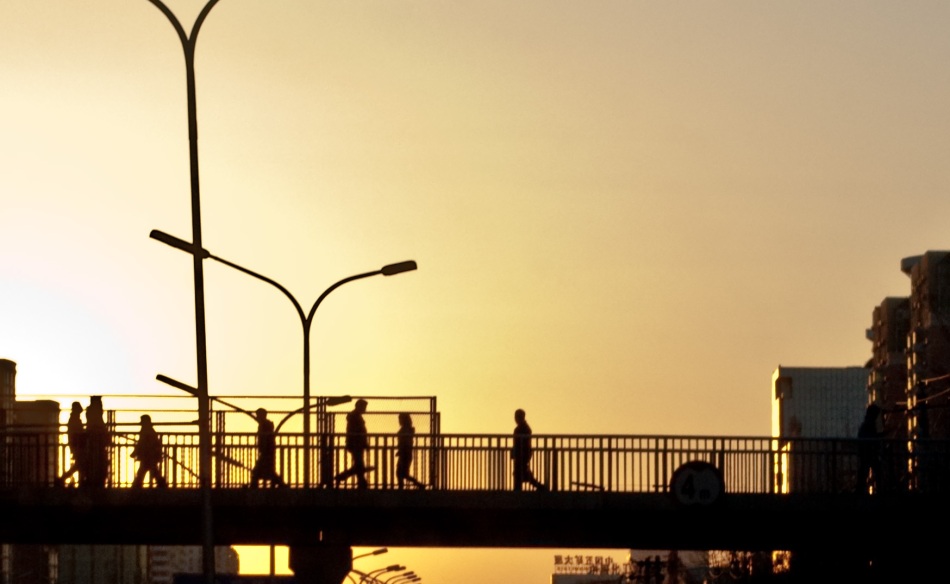 First off, I am thankful for all the new subscribers and readers of my site. Please check out my info page to learn more about my work and photography from Asia. It has truly been an encouraging last couple days receiving numerous messages and tweets from around the world. As far as my current residence in Beijing goes, I was walking around an area around the Drum Tower, when I saw a sign on top of a designer store that read “With You Japan, Live Strong 2011 March 19”.  It was nice to see a store in China thinking about Japan. For the latest updates on Japan’s situation and road to recovery, I am translating Japanese media into English on my twitter feed @gokatayama. Feel free to follow me and join in on the conversation. 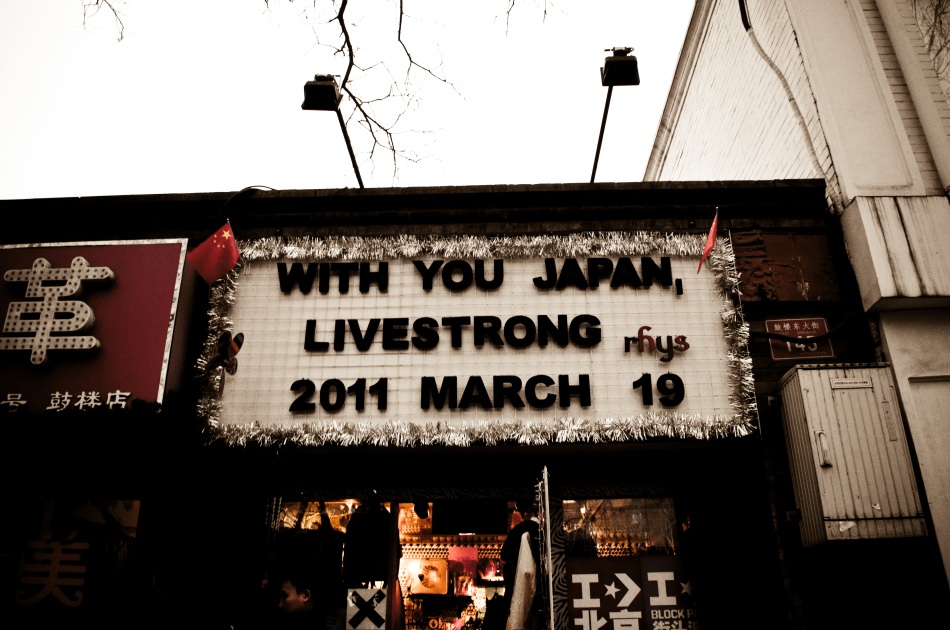 As the title suggests, I spent some time walking around Gulou this weekend and was able to come away with this one photo. I think this is one of my favorite photos so far in the year 2011. This was taken right at dusk with the Beijing winter sky and moon light shining the Drum Tower.

China’s online population is already the world’s largest and is continuing to expand with a year on year increase of 40%+.  This is just my observation but when comparing Tokyo JR Yamanote subway Line and Beijing Subway Line 1(the busiest public transportation means for both countries) during morning rush hours, I rarely see people in Beijing glancing over the printed newspaper as much as I would see in Tokyo. It seems like a majority of people in Beijing prefer means of internet to surf the news. Again, the demographics on who takes the subway in Beijing is different from that of Tokyo. We also can’t overlook the difference in the cost of living between Japan and China as a majority of people in Japan will take the subway for its efficiency and low cost as opposed to  in China where income gap is on a larger scale, most high income people in Beijing will unlikely take the 2RMB(about 30US cents) subway ride to work but rather get stuck in the world’s busiest roads just because they can afford a car.

Wired in. Photo taken at Hutong in Gulou.

[Photo] Growing up in Gulou

Photo taken in Gulou right by Drum Tower. Growing up, I think Hutong communities are the perfect playground for kids.

Gulou is the area surrounding Drum and Bell towers mainly with Hutong style housing which is currently under the threat of redevelopment programs which are mainly the construction of transportation centers in the area. This photo essay is my walk through of Beijing's beloved old city.

Rickshaw drivers rest as they await for customers. Drum tower in the background.

Rickshaw drivers ride back to the Drum towers. Most of their income comes from tourists. This day it was mainly French tourists who didn't feel like walking around the Hutongs.

Girls hanging out on the swings?at the park on a Saturday afternoon. Drum tower in the background

Elders meet on a daily basis to play mahjong. They didn't seem to mind the cold wind that day. 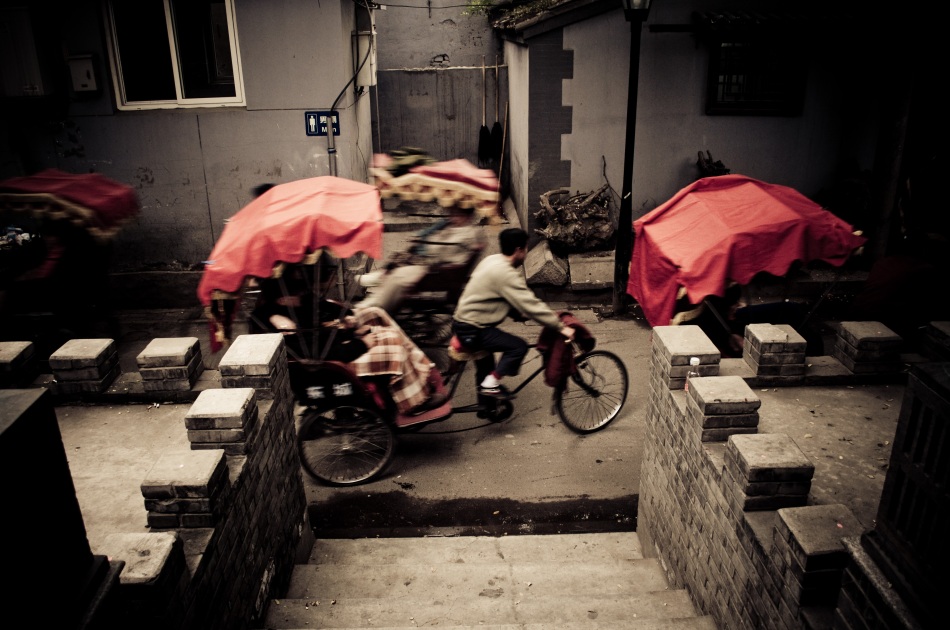 Rickshaw drivers were everywhere in Gulou that day. Weekends are busy days for these drivers. 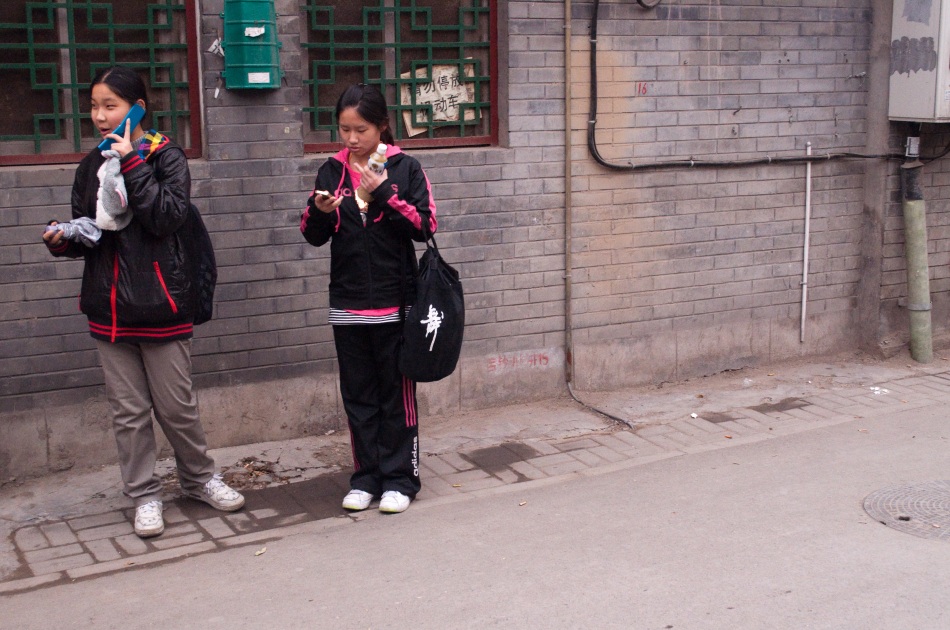 Girls busy on their phones, on the way home from school.

Rickshaw drivers taking French Tourists around for a ride. 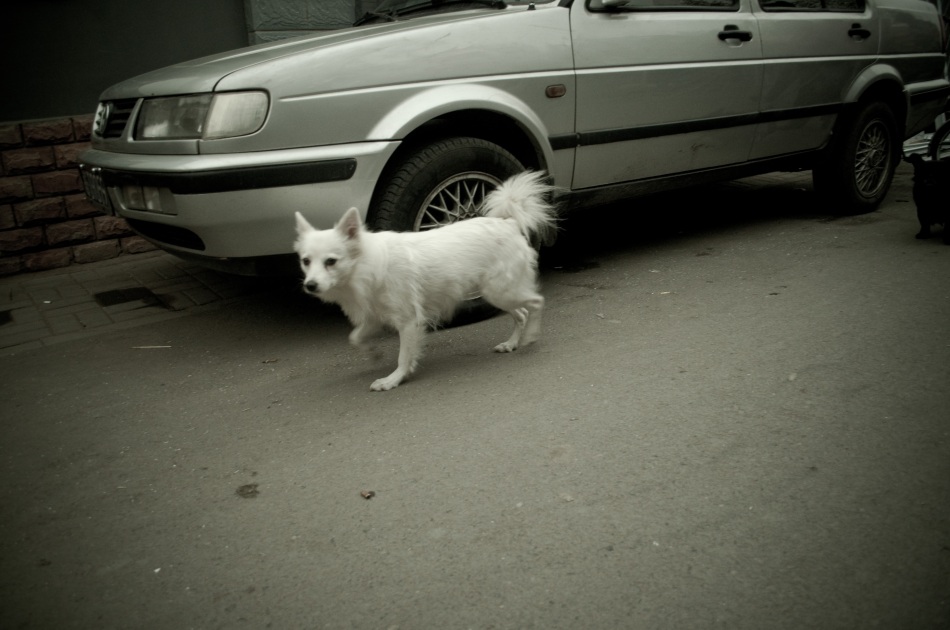 A dog walks by. Dogs tend to be unleashed in China. Chinese people love their dogs here.

Looks like someone had a party last night. The local beer Yanjing Beer seems to be the popular choice around here. 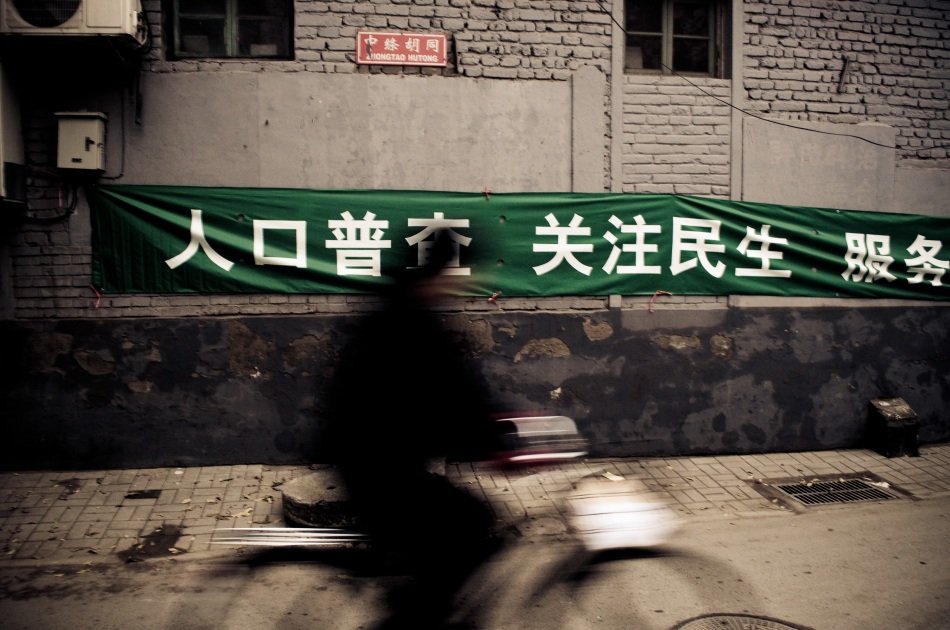 Biker cycles past a green sign that asks for citizens to cooperate in the Census program that is taking place right now in China. 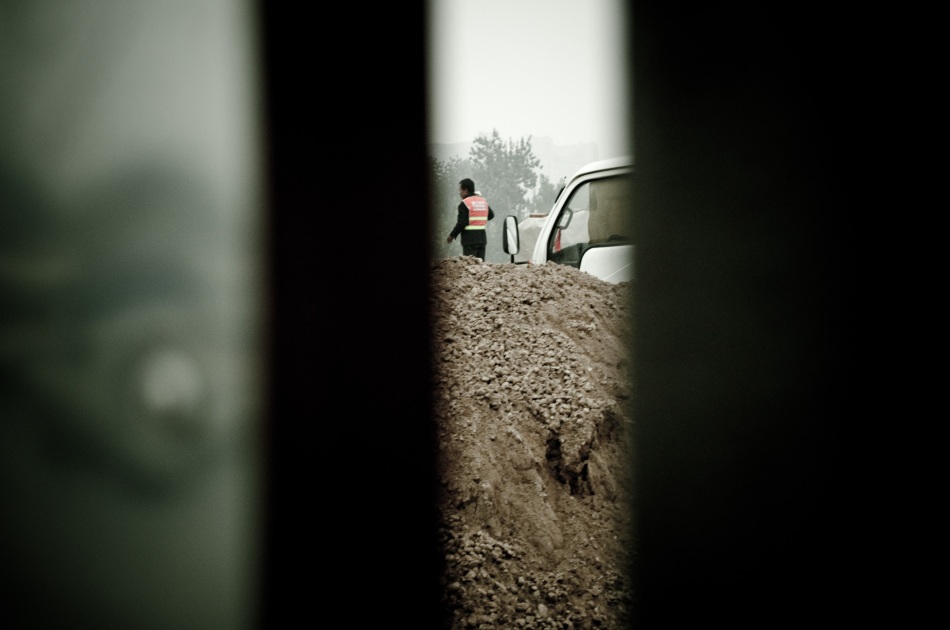 A worker is seen through the walls. The north side of Gulou is already destroyed and a transport station is supposed to be built to compliment the ever growing population and transportation efficiency. 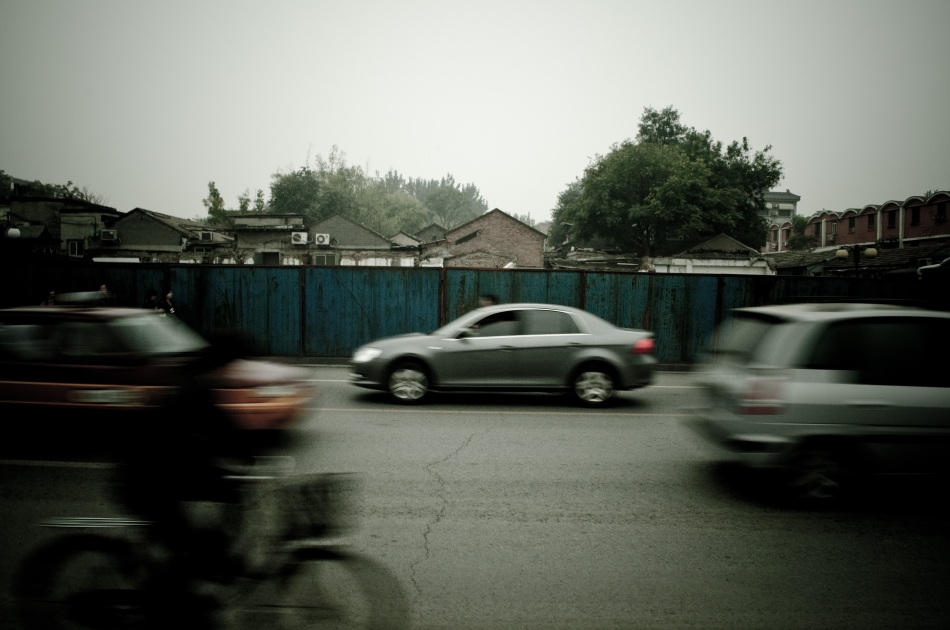 On Gulou Da Jie. Construction can be seen at every corner of Gulou.