Here are some stuff that I didn’t get to post in 2010. In 2010 I was able to see bits of Hong Kong, South Korea, Japan and distinct locations within China.

Photo taken at Tian Tan Buddha in Hong Kong on a misty day.

Photo taken at Seoul Tower at Sunset in Seoul, South Korea.(Click on photo to see more photos from Seoul)

Photo taken at Ordos, Inner Mongolia. (Click on photo to see my photo essays from 2010). 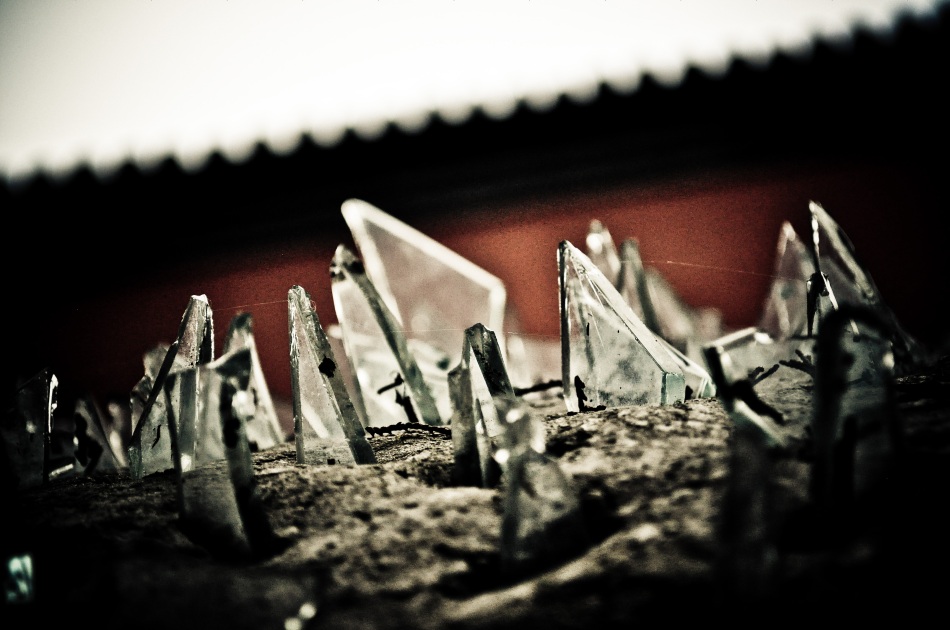 I enjoy taking trains all over China exploring the various landscapes but the moment you board the train is always an exciting moment filled with anxiety for the journey ahead and relief that you caught the train on time. The photo  below is my attempt on trying to capture this moment and feelings before I boarded the train at Baotou, Inner Mongolia en route back to Beijing for a 14 hour train ride. The longest train ride that I have ever experienced in China is 45 hours from Wuhan to Urumqi in Xinjiang province to the far west. You basically have 4 options in China on a train: standing, sitting, hard sleepers and soft sleepers. Obviously, the soft sleepers are the most expensive and you get a private compartment that can fit up to 4 people. Long distance train rides are great environments to converse with local people and connect with their lives over instant noodles or drinks. 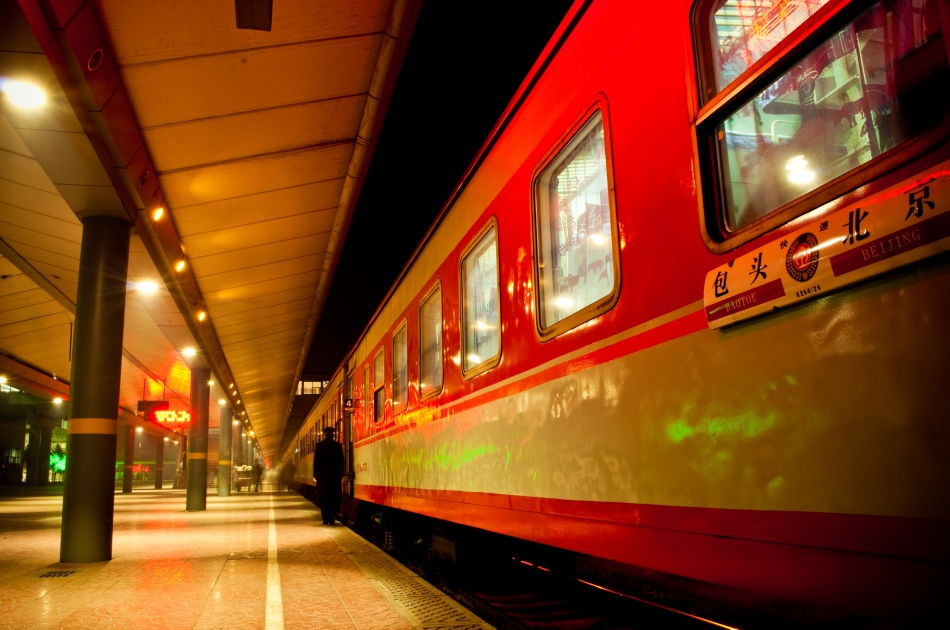 [Photo] The Art of the Flying Noodle Show

Sorry for the lack of posting this week. But here is a photo that I really like. As it gets colder and colder in Beijing, it’s time for hot pot or in Chinese “HuoGuo”(火锅). It literally means “Fire Pot”. But hot pot is a great experience overall enjoying good food and conversation with your friends. In some hot pot joints in China they have flying noodle shows and here is a photo of it:

At Little Sheep Hot Pot in Inner Mongolia. It takes years to master the art of flying noodles.

Go Katayama – Photojournalist in Beijing by Go Katayama is licensed under a CreativeCommons Attribution-ShareAlike 3.0 Unported License.
Based on a work at gokatayama.com.

I’m going to keep my post today simple. Here’s a photo of a family I encountered in Inner Mongolia last weekend. They seemed to be surprised that my English was so good and my Chinese was not so good. But it’s always amazing how personal you can get with people in China. It’s something Japan and the US lack more and more of these days especially in the cities where everyone wants more privacy. 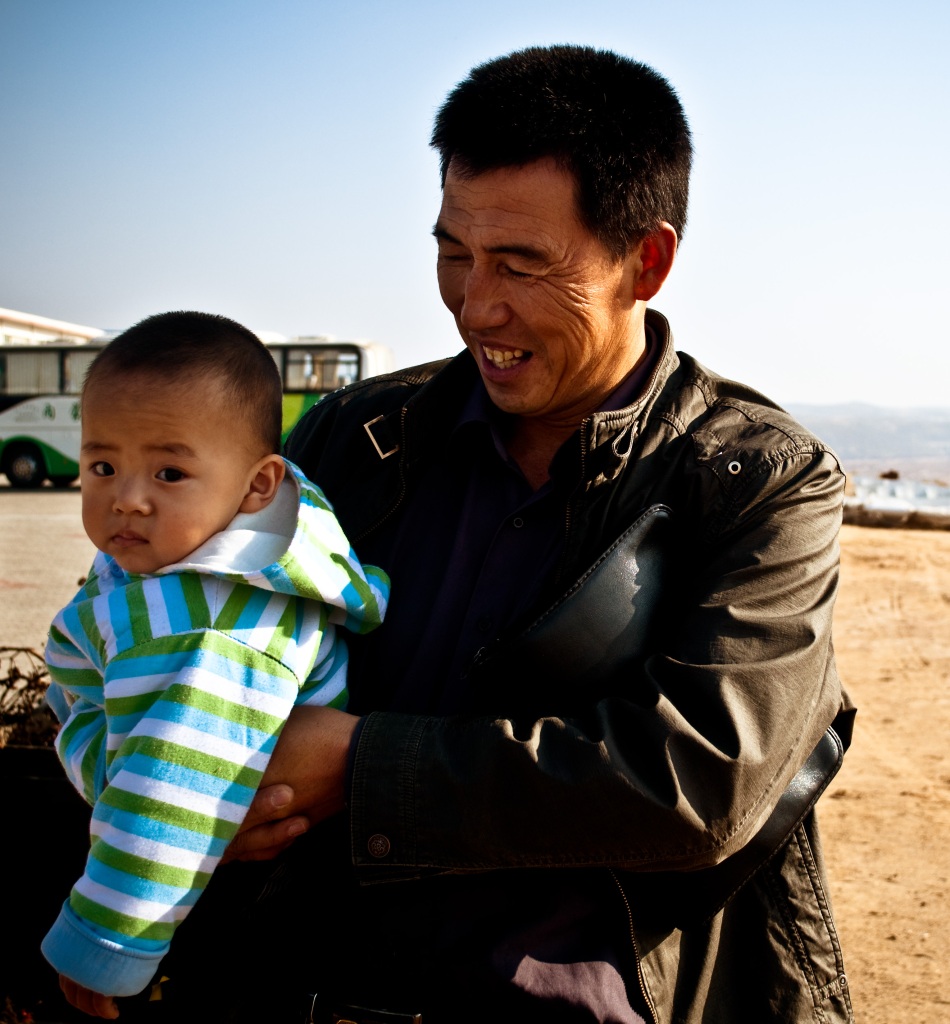 This whole week I’ve been talking about Inner Mongolia so it’s only right that I end this week with another post on this topic. The very last leg of my trip before returning to Beijing was spent in the city of Baotou (包头).  This city with a population of 1.7 million might not be that well-known but it’s a city with great significance to the global economy. Recently, there’s been much talk on how China is cutting its exports of rare earth to the industrial states. This is a problem for states like Japan and the US since many of the hi-tech manufacturing rely on China’s rare earth. According to International Business Times, “China supplies 97 percent of the world’s rare earths, used in computers and clean energy technology such as wind turbines and electric cars”.
China is saying that they are cutting the exports of rare earths to enhance their domestic green energy but from what I saw in Baotou, the Capital of Rare Earths, I think China still has a long way to go in accomplishing that. Baotou in Mongolian means ‘Place with deer'(which I saw none) but besides the central much nicer part of the city, Baotou was really polluted. This was by far the most polluted city I have seen in China. Now, when you see local Chinese residents wearing masks, you know it’s really polluted. Mines and workers. Those were the two main characters in Baotou. I don’t think the workers know or care about any of the stuff going on in the international scale but to me, I could see that they have no choice but to keep producing and selling to make a living.
Baotou has won some recognition as it has made distinct efforts to transition to an environmental friendly city. But as I saw, the outskirts of this city could still use some work. But judging from how much cleaner the central part of the city is we can conclude that there is some progress that has already been made. Here are some snapshots near Baotou’s mines.

From Baotou to the rest of the world.

During my weekend trip to Inner Mongolia, I was also able to see the “Singing Sand Ravine“. So what makes a desert sing?

According to a NYT Article from 2006:
“Collisions between sand grains cause the motions of the grains to become synchronized. The outer layer of the dune vibrates like the cone of a loudspeaker. The particular note depends primarily on the size of the grains…The most beautiful dune tune comes from the sands of Oman. ‘Very pure sound’, Dr. Douady said. ‘This one is really singing’. The least musical bits of silicon were those from China, which hardly sang at all”.

Yes, I agree with Dr. Douady. I didn’t hear any singing what so ever. Nonetheless, the scenery was gorgeous. This was the second desert that I have seen in all of China. In 2008, I saw the Taklamakan Desert in Turpan and was amazed of the scale and the different faces a desert could have. This Singing Sand Ravine’s great size and scale again reminded me of how small we humans are compared to the great nature our world has to offer. I’ve come to notice that these feelings have become harder to experience these days as we spend most of our time working in metropolitan cities far away from nature. But again, it’s nice to take a step back and emerge yourself with nature once in a while.

Located 50km south of Baotou (包头) and north of Ordos (鄂尔多斯), ‘Singing Sand’ is a must see if you are in the region.

I failed to capture the blue sky as this photo was facing the sun light. But again it gives off a nice atmosphere. 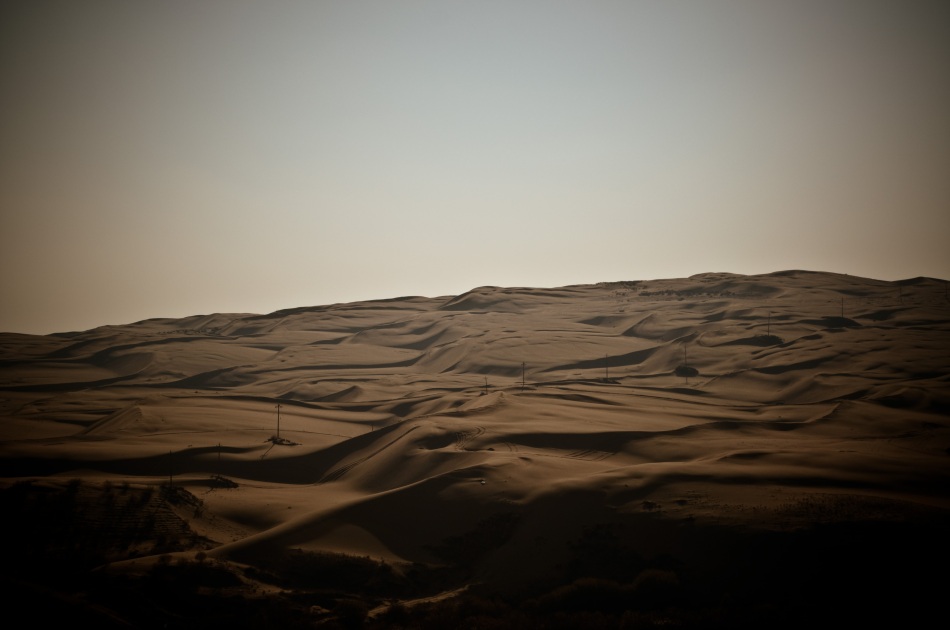 Finally, the blue sky is captured. My travel mates in the background. 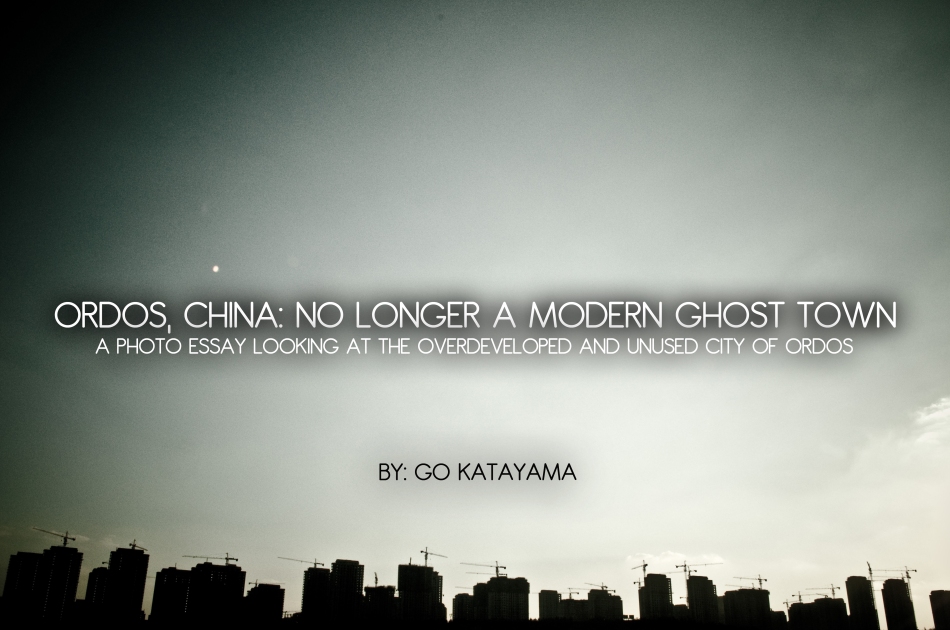 The city of Ordos was founded on February 26, 2001. Home meant for over a million Kangbashi people of Ordos, Inner Mongolia has been in the spotlight for being the Modern Ghost Town as the luxurious apartments have all been bought out but the residents are nowhere to be seen. This photo journal entry is from my Halloween weekend trip to see this city of Ordos to see if it really was empty. As China's rapid development can be seen all across the country, there's not quite a place where over-development can be witnessed.Funded by a $585 billion stimulus package to bolster China's economic development, we can only hope that this investment will result in great returns. With its small population and regional wealth created by rich natural resources, Ordos is the second richest city, richer than Beijing, in per capita terms in China. Many questions remains in this unused and overdeveloped city but as witnessed from my journey, some residents have already moved in to the new Kangbashi district. 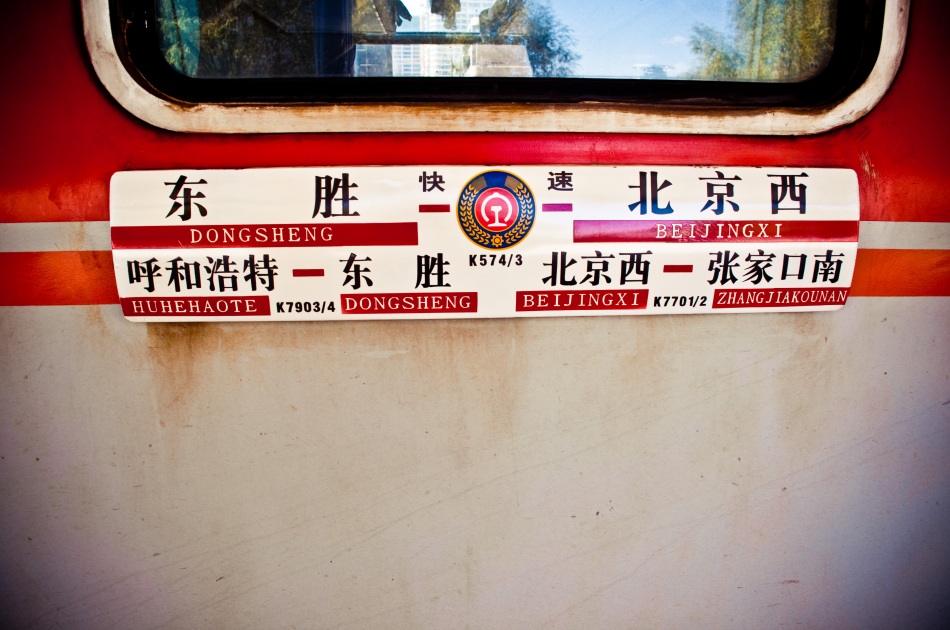 From Beijing, it's a13 hour over night train ride making stops at Hohhot, Baotou, and finally to Dongsheng, or Ordos in Mongolian meaning 'Palaces'.

Prior to arriving to Ordos, you can see the development and the massive construction taking place.

First look at an intersection in Kangbashi. Clean roads and luxurious apartments but where is everyone?

At the main square, again pretty empty for having such a luxurious symbolic statue in the middle of the new city.

The opposite side from the Horse Statue is the city government building. Most of the people I saw were mainly tourists here. It's interesting to see how the first half of my experience in Kangbashi witnessed mostly tourists and not many residents. 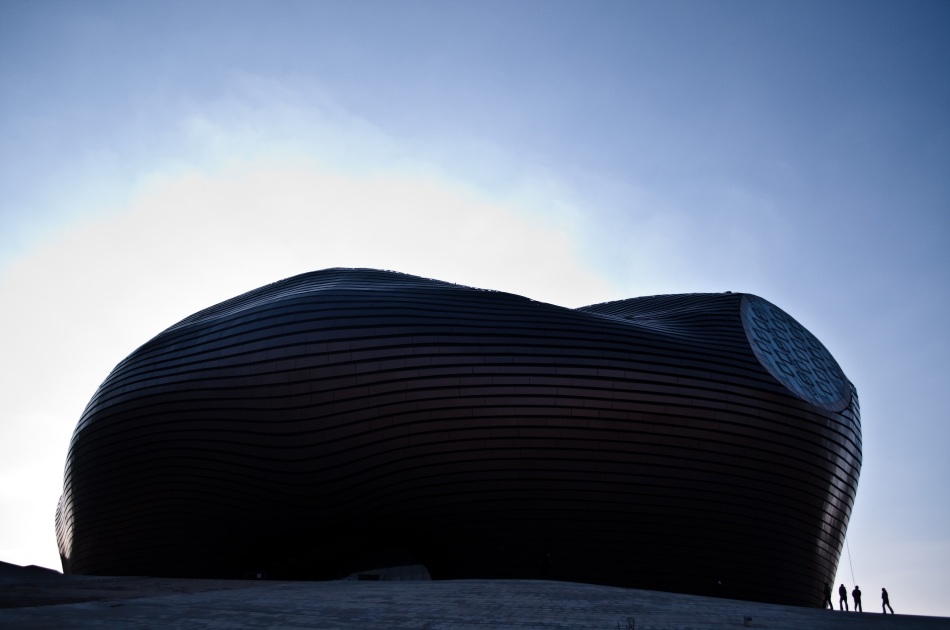 Still under construction, Ordos Museum resembles almost a pavilion at the Shanghai Expo. 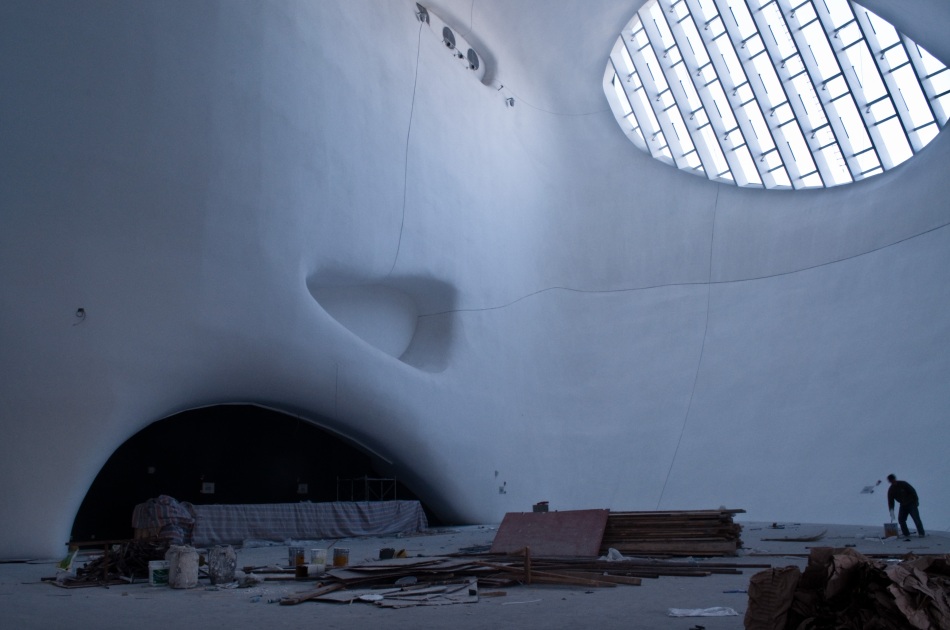 The inside of the Ordos Museum, still under construction. The futuristic architecture amazes ones eyes but is it really necessary? 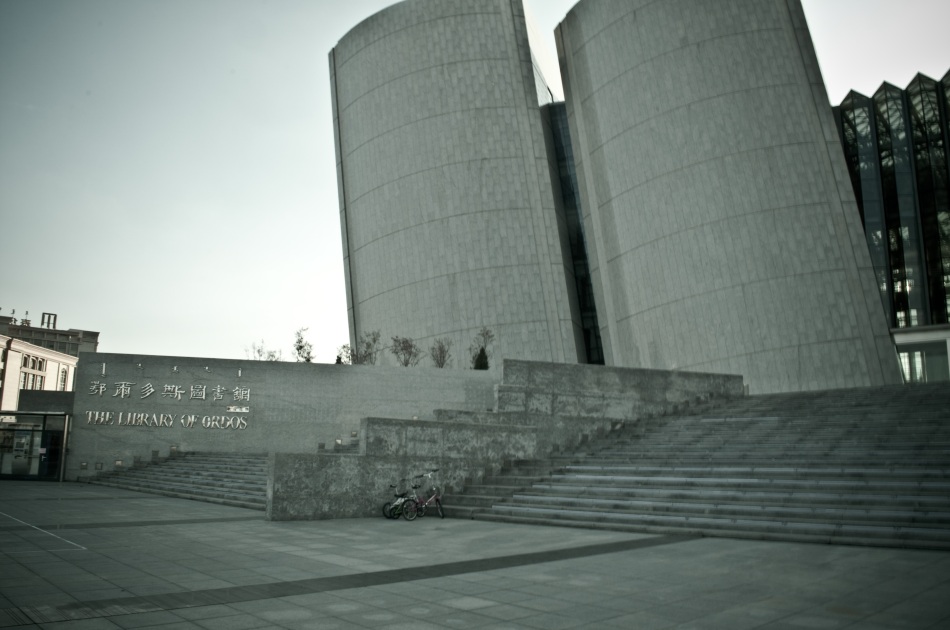 Another pavilion looking building is the Ordos Library. Ordos Highschool was also as elegant as this library. Ordos is the second wealthiest city in China behind Shanghai in terms of per capita income.

Massive projects continue to progress in Ordos with so little residents actually moving in.

Security guards were given training in the afternoon. But without people moving in there's no need for these guards.

Overlooking the largest construction site in Kangbashi. It's not common to see so many number of cranes as you can see here.

Construction continues in Ordos. Just because you built the city doesn't mean that people will automatically migrate to the city. There has to be a better reason than just the fact that they built the city. Same can be said for many other development projects across China. 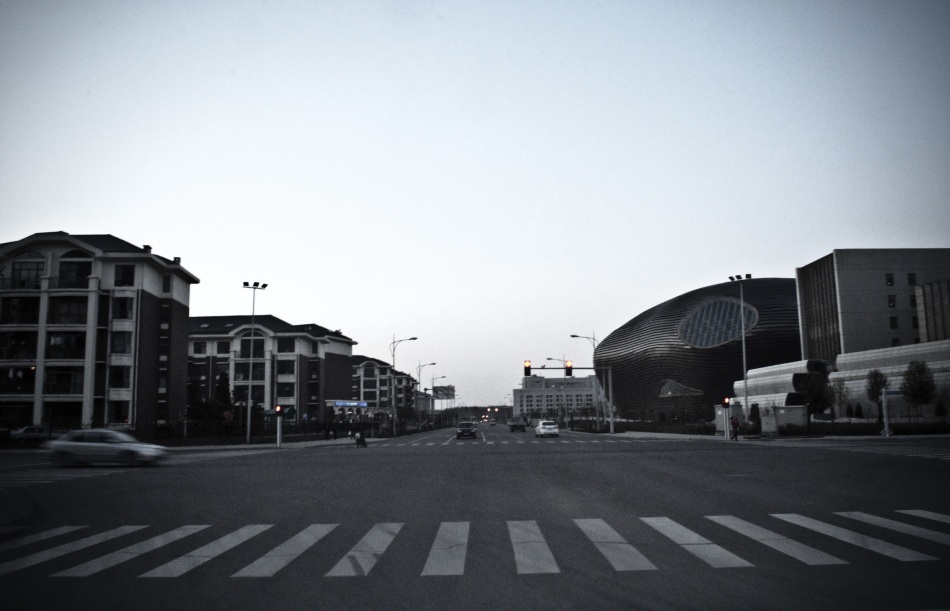 Afternoon, I saw some more movement in this city as you can see lights in some of the apartments. We can conclude that there is some progress that has been made in the last couple months. Looks like some people have moved in already but It'll be interesting to see how the city looks like 5 years from now.

[Quick Update] Heading for Ordos, Inner Mongolia for the Weekend

Ordos, Inner Mongolia? Never heard of it? I will be here. It’s my first time into Inner Mongolia and it should be about a ten hour over night train ride from Beijing. According to TIME Magazine Ordos is the Modern Ghost Town so it should be perfect for Halloween. I will be back with more updates on Monday. 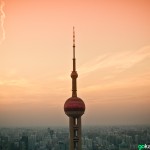 I decided to change the theme for gokatayama.com. Hope you all like it!

Upcoming trip: to Ordos in Inner Mongolia for Halloween Weekend. There’s a so called modern ghost town there so it should be perfect for my first Halloween experience in China. Whats the hot costume this year in the states anyways?

Make sure you check out my photography page as well as my music page with my monthly mixes.