[Transportation] China has the Fastest Shinkansen (Bullet Train in Japanese)

I’m sure by now you’ve seen posts from all over the web saying that China has the fastest bullet train in the world,  running at a speed of  245mph compared to the 186mph Japanese Shinkansen, which previously was the fastest before China overtook the Shinkansen in 2008 with the opening of the Beijing-Tianjin Intercity Railway. I had the opportunity to ride the Chinese Bullet Train from Beijing to Tianjin couple months ago and I must say I was extremely impressed.  From Beijing to Tianjin is about 117km in distance and it only took about 30minutes. The ride was comfortable as the Japanese Shinkansen, or even better and the interior was spacious enough to take a brief nap but again, 30 minutes wasn’t long enough for my nap.  The total cost one way was about 70rmb (about 10USD) for first class coach. With the record breaking traffic jams in Beijing, it’s nice to see more means of transportation being complete all around China.

The world’s first maglev also belongs to China running at  a max speed of 268mph connecting Shanghai Pudong International airport and the outskirts of central Shanghai. I finally had a chance to ride it couple weeks back and not only the speed but how comfortable it was really amazed me. Japan Railways announced recently that they will also be completing a maglev style bullet train with max speed of 312mph, aiming for commercial use in 2027, which is still a while away. But as an observer, it’s interesting to see how quickly China has caught up and passed Japan in this field. Considering 20 years ago, nobody could compete with the Japanese Bullet Trains in speed, efficiency, and safety.  For more comparision on comparative literature on high speed transportation, the Transport Politic did a great job analyzing “High Speed Rail in China”. 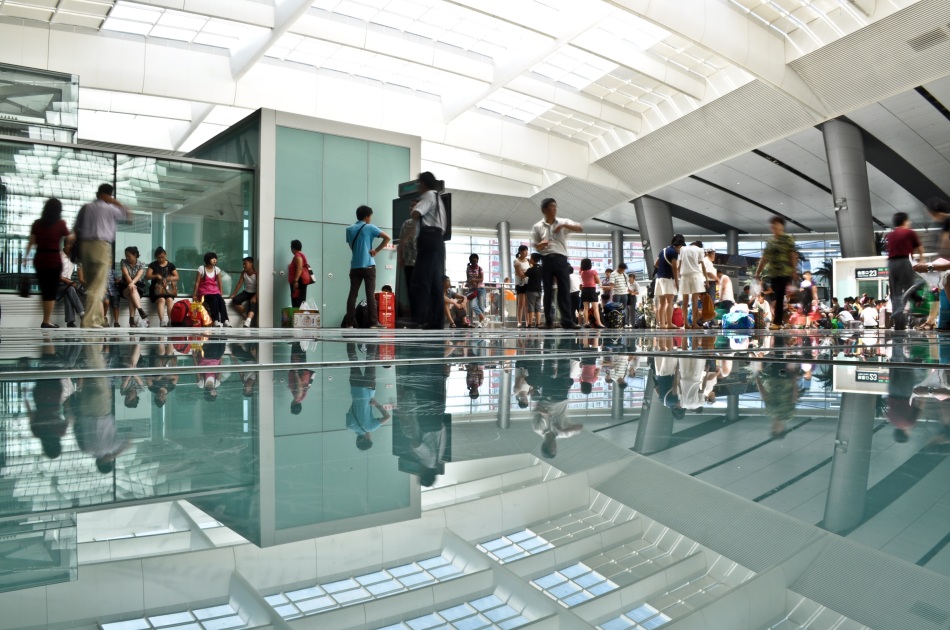 at Beijing South Subway Station waiting for the Bullet Train.

a Bullet Train is ready to leave Beijing towards Tianjin. It runs almost every 30minutes from Beijing South Railway Station